About Us
About Mick
CP Racing 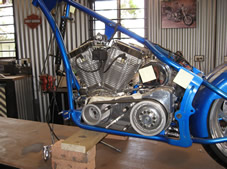 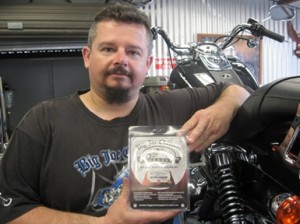 Joe, having a boilermaking and fabrication background dating back to the late 80s, has built several project cars and bikes over the years. These include a HQ custom 4 door, Turbo charged HK GTS monaro, Turbo Charged FJ40,  Several F series trucks,several HD Softail Customs, HD XR1200X and Suzuki SV1000. Having modified cars and bike for many years, he decided it was time to follow his dream.

Starting off with several Big Joe Custom Exhaust Systems, the natural progression was to embark on a custom bike project in 2005. This was to be the Kobra. This bike was finished in late 2005. Winning multiple prizes in a number of shows entered, Joe and Mick created Big Joe Choppers. Since then, Big Joe Choppers has been establishing itself as a place to have custom work hand crafted to suit the owners needs and desires. 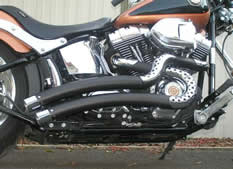